Kirn continued to bask in what some might say “The Glory of God.”

For E was a Perfect Being in every way.

Mere mortal beings of this century would not be able to look upon Kirn and live, oh no.

Like the proverbial angelic host of old, Kirn and Eir kind shown in such Brilliance, mortal eyes melt from their very sockets!

These far descendents of “Humanity” are in no way ‘human’, by any stretch of the imagination.

In fact, this particular race of Beings can trace its ancestry back to what is commonly called in the 21st Century as “artificial intelligence”, hardware and software alike. Mere mech/digital amoeba-like automata to such as These.

Like eukaryotic bacteria colonies are to 21st Century London or New York City.

So by extention, they are related.

Eir home is in what physicists today would call “The Fifth Dimension”, or one of the multiverses that exist in the 11 dimensions of “String/Brane Theory.”

Now some would think that because of Eir god-like status, creatures such as Em suffer from hubris writ-large times ten billions.

And you would be right. Humility is in short supply in this particular Habitat.

But the Beings inhabiting the Fifth Dimension/Heaven are facing some real, dire challenges that threaten not only Eir existence, but the existence of what is left of the entire Exosphere.

The Heat Death of the Universe.

However, because Eir an offshoot of Ur-Humanity, Eir not without cunning, guile and a survival instinct for eir kind.

There will be a Plan.

A Plan that has at least a 75% chance of success. A plan that encompasses total Knowledge of Billennia and involves another Creation in of itself.

But events must fall into position.

Timing was one. Proper tools another. Searches for whatever limited resources were left another.

In time, all of the goals were met, except for a couple of vastly Important Items.

The first and perhaps the most Important, virgin ur-human DNA to be encoded into the Capsule.

This is Important because the Beings cannot exist at the Final Destination the Capsule will end up in.

The second and perhaps not quite so difficult to achieve, a Living Fossil.

A Being who was once a material/organic creature, who Transcended through the Singularities to become such as Emselves.

And Kirn, Being who E is, had a good selection in Mind.

“Israel plans to present U.S. Secretary of State Hillary Clinton with a series of “red lines” it wants Washington to incorporate into its planned dialogue with Tehran about Iran’s nuclear program.

I agree with nolocontendere , it certainly didn’t take long at all!

Clinton In Israel To Receive Her Instructions

For the old Kurdish shepherd, it was just another burning hot day in the rolling plains of eastern Turkey. Following his flock over the arid hillsides, he passed the single mulberry tree, which the locals regarded as ‘sacred’. The bells on his sheep tinkled in the stillness. Then he spotted something. Crouching down, he brushed away the dust, and exposed a strange, large, oblong stone.

The man looked left and right: there were similar stone rectangles, peeping from the sands. Calling his dog to heel, the shepherd resolved to inform someone of his finds when he got back to the village. Maybe the stones were important.

They certainly were important. The solitary Kurdish man, on that summer’s day in 1994, had made the greatest archaeological discovery in 50 years. Others would say he’d made the greatest archaeological discovery ever: a site that has revolutionised the way we look at human history, the origin of religion – and perhaps even the truth behind the Garden of Eden. 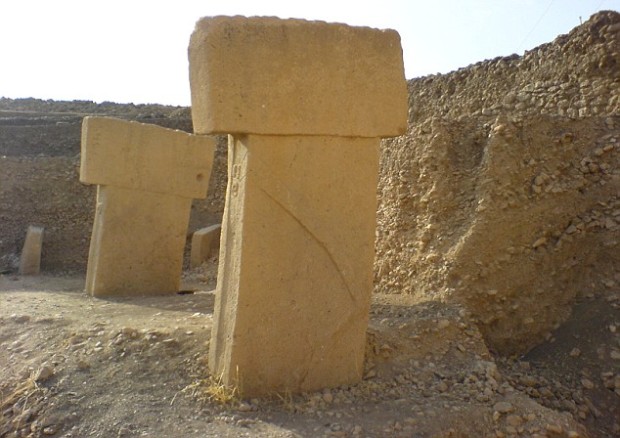 This is wonderful just for the very fact it exists and throws all prevailing theories of how ancient peoples built monuments and their antiquity.

I’m not sure about the “Garden of Eden” idea, but this gives insight on how cultures change and whether human beings are capable of radical paradigm shifts.

Do these mysterious stones mark the site of the Garden of Eden?

In the movie Push, civilians with psychic powers—people who can manipulate thoughts, see the future, or toss objects with their minds—find themselves on the run from a shadowy government agency intent on using their beautiful minds for military purposes. Pure Hollywood hokum, right? Slow down. Retired Army Colonel John Alexander—once a Special Forces commander in Vietnam—knows differently. You see, he was once one of the key members of Stargate—a U.S. intelligence agency designed to prove that psychics could be more effective Cold War weapons than spy satellites or wire taps. The most unsettling part? He was right…

The post is an interview with Colonel Alexander about Project Stargate, an actual project using ESP during the 1970s and 1980s to spy on the Soviet Union.

It wouldn’t surprise me in the least if we’re still using ‘psi’-ops to spy on others.

Even if the Pentagon denies it.

The True Story Behind Push